What Causes Urobilinogen in Urine?

Urobilinogen is a colorless by-product of bilirubin reduction. It is developed in the intestines by the bacterial activity of bilirubin.

Around half of the urobilinogen is absorbed and transported through the portal vein to the liver, enters circulation, and then is excreted through the kidney.

Less than a certain amount of urobilinogen may indicate an issue in the bile duct system or bile production failure.

What Does It Mean When You Have Urobilinogen in Your Urine? 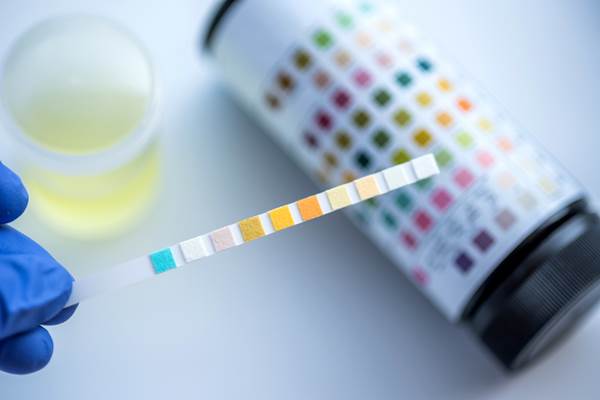 If you have urobilinogen in your urine, over a certain amount, it means that there is some abnormality in the functioning of your liver. It takes place because of the breakdown of red blood cells.

This increase in breakdown will lead to a heightened amount of urobilinogen in your urine.

Higher urobilinogen in urine can be easily detected since there is a notable change in the color of your urine. If you notice any changes in urine color, it is recommended that you consult a doctor.

Urobilinogen in Urine Levels and What They Indicate

One of the causes behind low levels of urobilinogen in your urine is taking antibiotics that are commonly used for the treatment of jaundice.

These drugs have elevated doses of ascorbic acid or ammonium chloride which affects the intestines. Low levels of urobilinogen can also indicate a clogged bile passage or failure of bile production.

A higher level of urobilinogen in urine can be an indication of something more serious, as it means that you may be suffering from a disease that is hindering the normal functioning of your liver.

This may be due to cancer of the liver or cirrhosis. In such cases, you will require immediate medical attention.

Higher urobilinogen levels mean there is an excess breakdown of red blood cells in the body. This means that the liver will have to work harder to function, and this extra stress on the liver can cause diseases like a hematoma, liver poisoning, or cirrhosis.

Causes of Urobilinogen in Urine

Antibiotics can kill the bacteria responsible for digestion of important nutrients required by the body. Vitamin C and ammonium chloride can lead to the acidity of urine if consumed in bulk. This will lessen the levels of urobilinogen.

Hemolysis refers to the disintegration of cells. It is caused by various types of medical, bacterial, and parasitic infections.

It’s a process where the breakdown of red blood cells takes place too quickly, and this means that the bone marrow is required to produce more red blood cells to make up for the broken-down RBCs.

The released contents of the RBCs get refined by the liver and form bilirubin and urobilinogen. Red blood cells typically live for up to 120 days and naturally break down for the production of new RBCs.

There is a subtle balance between breakdown and production that could be jeopardized in the case of abnormal hemolysis.

Pernicious anemia, a condition where the body is deficient of RBCs, commonly occurs when there are insufficient amounts of folic acids or B12 in the body. If the destruction of RBCs in the bone marrow occurs, bilirubin production will increase.

The liver is the organ that is responsible for most of the metabolism that takes place in the system.

If the liver is not working properly, it may mean that there will be an increase in bilirubin, which would naturally lead to more urobilinogen.

This is an uncommon genetic disorder that leads to an increase in bilirubin.

The liver of a person suffering from such a condition would appear black due to the impeachment of a pigment very similar to melanin.

A blockage of the bile duct can interrupt the normal flow. These blockages can be the result of gallstones. Additionally, blockages of this type can also lead to an increase in bilirubin.

Rotor’s syndrome is another extremely rare condition quite similar to Dubin-Johnson syndrome. Both disorders lead to a surprising increase in bilirubin.

The only difference between the aforementioned is that the liver does not take on a blackish appearance in Rotor’s syndrome.

This is a condition in which the heart is unable to pump enough blood for proper perfusion. This means that the body’s organs don’t get enough oxygen and nutrients required for them to function properly.

In reaction to the heart’s disability, the kidney will attempt to compensate by trying to preserve fluid. However, this process will cause the body to swell and look bloated.

The build-up of lead in the body can lead to liver damage and other dangerous conditions. Sources of lead poisoning include contaminated air, water, food, and soil.

An uncommon disorder that affects the metabolism of bilirubin and results in abnormally high levels of bilirubin in the bloodstream. It can lead to permanent brain damage if left untreated in newborns.

Urobilinogen levels can be tested with the help of urobilinogen test dip-sticks. These dip-sticks use P-dimethylamino-benzaldehyde, which is said to be extremely reactive to acidic conditions, with urobilinogen generating a pinkish color upon contact.

When the color pink is surfaced, it means that the urobilinogen levels are either normal or less than 1mg/dl.

It is advised that the stick test be performed by a trained professional and should be used as a diagnostic tool. Your doctor will provide you with the best treatment according to the reason behind your body’s urobilinogen imbalance.

Abnormal urobilinogen levels can cause a lot of complicated problems in the body. Despite this, people often don’t give this issue much thought because they don’t know what it implies.

If the urobilinogen imbalance is due to hemolysis, supplements of iron will be used to help retain lost red blood cells.

In the cases that require medication, you will either be prescribed alternate medication or directed stop the medication you are taking immediately.

There are some methods one can use to maintain urobilinogen levels. Some of these methods include: 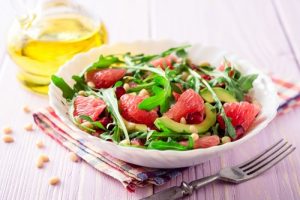 Following a healthy diet and daily exercise routine can be very helpful in preventing urobilinogen imbalances.

If you begin consuming foods that are rich in fiber, it is going to increase your liver’s life.

Foods like sugar, salt, and oil that are high in fat will only damage your liver more.

Therefore, it is advised that you avoid eating foods that are unhealthy for your liver and make healthy lifestyle decisions to avoid such issues.

Consuming increased amounts of alcohol will damage your liver and cause your bilirubin levels to skyrocket. It will also leave excess fat in the liver cells.

This condition is known as a fatty liver disease, and it can lead to a total malfunction of the liver.

Hepatitis A, B, and C are all viruses that can destroy your liver. To prevent the development of these infections, it is strongly advised that you receive a hepatitis A vaccination; especially if you are moving to a high-risk area or traveling.

It is wise not to take too many antibiotics that are prescribed for cholesterol reduction, steroids, or painkillers as they can cause hepatitis.

Talk to you doctor if you are at risk of damaging your liver by taking such medications. Drinking 8-10 glasses of water daily can help keep urobilinogen levels in check.