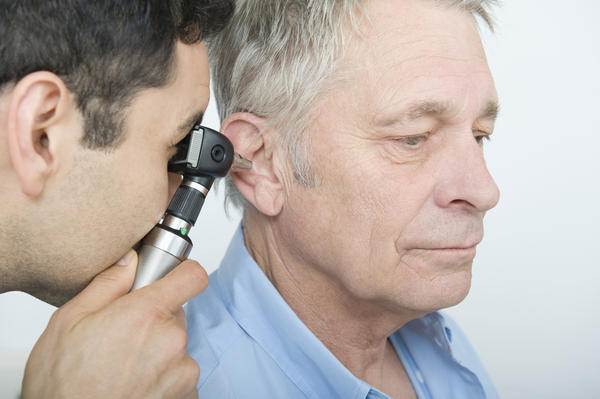 Ear bleeding, also known as otorrhea, is the fluid discharge from the ears that contains blood. Sometimes the drainage contains wax, pus along with the blood.

Bleeding from the ears does not always mean the blood is coming from the ears. It could stem from other parts or bones of the body. A couple of blood drops from the ear may not be a serious condition, but if it is accompanied by the symptoms like dizziness, hearing loss and pain, you should call your doctor immediately.

The human body depends on the three sections of the ear: the inner ear, the middle ear, and the outer ear. These parts help you hear the sound and maintain the balance. The ears serve as a major tool in our day-to-day life, and hence bleeding from the ears could be a major cause for concern.

Whether it is a few drops or a constant trickle of blood from the ears, it is important to know the underlying causes. In this article, we will see common reasons behind the blood discharge from the ear and home remedies to control the bleeding.

The causes of ear bleeding range from minor cuts and abrasion to the serious health condition. Following are the leading causes of blood drainage from the ear:

Ear bleeding can happen when the base of the skull is fractured. Bleeding due to skull fracture usually comes with CSF leak out of the ear (otorrhea) and nose (rhinorrhea). Bleeding is going to happen if there is a rupture in a blood vessel.

Foreign bodies or materials in the ear can cause the bleeding. It is when an object punctures the ear drum or breaks the skin. These objects include cotton swabs, writing utensils, matchsticks, etc. In the cases of children, objects include small toys, beads, or food.

This concern came from the recent outbreak of Ebola. Ear bleeding happens during the late stage of the fever. The virus breaks down the blood vessels. Bleeding from several orifices happen which includes the ears (1).

It is a benign growth on the outer ear canal or eardrum. It is the leading cause of constant irritation that could lead to chronic infections. The bleeding ear is not a common symptom of this polyp. It occurs from contact with a foreign object.

DIC is a disorder where blood clots happen abnormally. It can occur with inflammation. Ear bleeding is an uncommon symptom.

Trying to figure out the cause of ears bleeding involves documenting other symptoms. Mild to severe symptoms should be observed. Those symptoms include the following:

Visit a doctor right way when there is a significant amount of blood or bleeding does not stop. Visit the emergency room when one or more of these happens:

Mild cases of ear bleeding can go away on its own. Mild cases can be treated with a home remedy if the cause is known. Here are some home remedies to try.

Steam can help open the Eustachian tube and release any fluid blockage. It helps with fluid drainage.

White vinegar is an antibacterial agent. Using vinegar can treat the middle ear infection. The rubbing alcohol is a drying agent. It can help evaporate the fluid build-up inside of the ear.

This herb has antibiotic properties. It has many purposes. It can prevent infections and ease the pain.

Breast milk has natural properties that can act as medicine. It can cure inflammation and infection.

The juice of an onion can treat middle ear infections. The recommendation is to use onion juice 2-3 times a day. Here are the steps to use an onion as a home remedy.

If the bleeding is substantial or doesn’t stop, it is wise to seek medical attention. There are precautions to take to reduce the bleeding or avoid future incidents with the ears.

Irene is a health and fitness consultant based out of Albuquerque, NM. She was a personal trainer during the years of 2010-2013. She holds a Bachelors of Liberal Arts with a focus on creative writing from The Evergreen State College. She obtained her personal trainer license through Seattle Central College in 2010. Irene has been an athlete since childhood. She currently train and compete in ultra-marathon running and jiu jitsu. She started health writing in 2009 as a hobby through her personal blog. She believes that people can seek help from a trainer or trained profession to reach fitness and health goals. Though, people can learn a lot about them and promote self-sufficiency if they had affordable resources. By 2010, Irene started contributing to several health websites while completing her personal trainer certification and training for marathons. She saw how certain health variables affected her training and wanted to share this information with the public. Since then, Irene has written various articles about health and fitness featured on different magazines.