AN 627 Pill (Tramadol 50 mg): Understanding the Uses and Side Effects

AN 627 pill or simply AN 627 also known as Tramadol 50 mg is an opioid pain medication. It is effective in relieving moderate to acute pain.

Tramadol is classified as an opiate, narcotic, or agonist. In fact, in 2010, medications manufacturer added warnings to the description of the drug in the Physicians Desk Reference (PDR). The AN 627 pill, a synthetic drug, must be prescribed by a physician due to its potentially addictive properties.

Moreover, Tramadol 50 mg is similar to marijuana because it can cause a feeling of happiness or elation. Then what is AN 627 prescribed for? Read on to find out.

Pain medications work best when used with the first sign of pain. AN 627 pill is a controlled substance, regulated by law which should be used as recommended by a qualified provider.

The medication is prescribed for moderate to moderate acute pain. As a long-lasting drug treatment, Tramadol is also a cheap alternative to other opioid medication.

Used for chronic or constant pain the AN 627 can specifically bring relief to sufferers of back pain, restless leg syndrome, and fibromyalgia. The medication can also be used to relieve pain from neuralgia.

Tramadol 50 mg changes how your body responds to and feels pain. It binds to brain receptors which transmit the pain sensation to the brain. Because it works on brain receptors, the AN 627 is also prescribed for depression or mood alterations.

Tramadol 50 mg can be prescribed before surgery resulting in the easing of post-anesthesia shivering, which is experienced in approximately 40% of patients.

According to a 2012 National Survey on Drug Use and Health, approximately 3.2 million people in the United States had used Tramadol 50 mg for non-medical use at some time during their life.

AN 627 pill should not be prescribed as a substitute for other opioids due to its addictive properties.

You may also order Tramadol 50 mg without a prescription on the internet. However, due to its addictive and mood-altering properties, it is important to take the medication as directed by your physician.

AN 627 pill must be taken at the same time every day, and it can be ingested with or without food. Never break, crush, or chew the AN 627 pill in its extended-release form because it could cause increased drug absorption resulting in serious health issues. Additionally, inhaling a powder form of the mediation can be fatal. 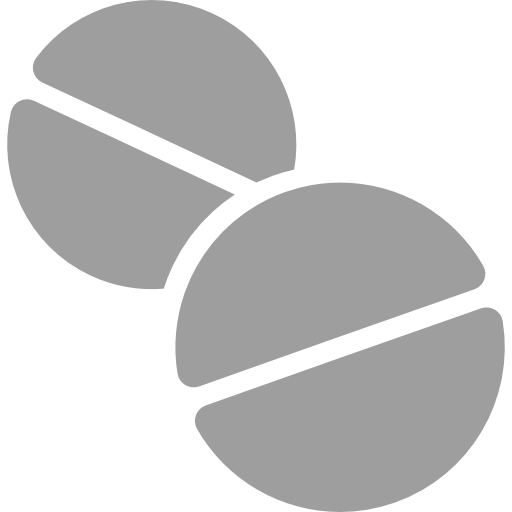 Dosage is based on your condition and how you respond to treatment. AN 627 is available in powder or liquid form.

Your doctor will initially prescribe a low dosage of AN 627 and increase the dosage over time until the medication becomes effective.

The process of beginning low and increasing the dosage over time is commonly known as giving you a loading dose.

AN 627 dosage is 50 to 100 mg orally every four to six hours as needed to relieve pain. It can also be administrated intramuscularly or intravenously.

Patients who don’t require rapid onset of analgesic effect, tramadol can be administered in smaller doses.

It can be given in immediate-release (IR) or extended release (ER) forms. Please note that dosing limitations with ER forms may prevent the conversion from IR to ER.

Never take the AN 627 pill in large doses or for longer than the prescribed period. In fact, the maximum recommended dose is 400 milligrams per day. People more than 75 years of age should have the maximum dosage reduced by 100 milligrams.

Do not increase your dose or stop the medication immediately because it may cause adverse health issues due to withdrawal reactions.

Also, respirations should be monitored closely within the first 24 to 72 hours of therapy following increases in dose. Women who are pregnant or breastfeeding should consult their physician.

Side Effects of AN 627 Pill

Side effects of the AN 627 pill include:

You may also experience:

Tramadol can cause withdrawal symptoms such as watery eyes, runny nose, nausea, sweating, and muscle aches.

Additionally, seizures can occur when taking the recommended dose. However, the seizure risk increases for those who have taken high doses of Tramadol.

As with all medication reactions, it is critical that you contact your physician immediately after experiencing these side effects.

Take Tramadol 50 mg exactly as prescribed. Tramadol 50 mg can slow or stop your breathing especially during the initial use or during an increase of dose.

Never take Tramadol 50 mg in larger amounts than prescribed and let your physician know if the medication seems ineffective.

Stop taking other narcotic pain medication when beginning treatment. Take the medication the same way and at the same time each day. When using the ER tablet, it is normal for the shell to pass into your stools or poop. It is not a sign that the dose has not been sufficiently absorbed.

You should also avoid crushing the medicine, diluting it with liquid, or inhaling it as it may be fatal.

Stopping the AN 627 pill suddenly will cause withdrawal symptoms, so ask your physician how to stop the medication safely. Always store the AN 627 pill at room temperature and away from moisture and heat.

Keep track of the number of pills that are left in your bottle. The addictive nature of the medication could cause others to use the drug without your knowledge. Do not drink alcohol while taking medications like AN 627 pill.

Also, avoid driving and operating machinery until you are familiar with how the drug affects you. Accidental ingestion of the AN 627 pill in even one dose, especially in children, can be fatal.

Drug to drug interactions can create adverse health effects so let your physician know about other medication prescribed or otherwise which you may be taking.

James Concato is a Hospital Administrator in the Chicagoland area. He has been in healthcare for more than 25 years. He holds a Masters Degree in Healthcare Administration from Quinnipiac University and has worked in or lead many different departments. Writing on cancer treatment and cancer prevention through natural treatments is his passion. James, like many others, has had family members pass away from cancer and he knows that Cancer screening is the key to better outcomes. As an administrator of different physician practices like Pediatrics, Surgery, Anesthesia, and Oncology James brings a wealth of knowledge to his writing. James is interested in educating the public through his writing.